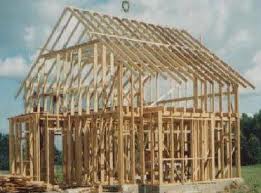 I suppose if one has never watched another die than the idea that fleeting finality will coalesce into heartwarming relationship building that shores the foundations of love so that it may bear the separation and even jump-start positive growth experiences is comforting. As it is meant to be. But it’s not real.

Rob and I watched Kevin Kline’s 2001 film entitled Life as a House last evening. Of course, Kline’s character is dying. Naturally he is estranged from his child, ex-wife and living life in general prior to receiving his personal wake up call. And as most dying people do, he decides to demo the shack he lives in – interestingly situated on prime California ocean front property – to build a new home to leave to his sixteen year old son.

Although, the house is the least of what Kline’s character hopes to leave behind, a loft full of death-fueled ambition propels this man.

And it’s predictable. Epiphanies pop like flower buds in the morning sun after a night’s rain. Good is rewarded and annoying folk awarded their comeuppance.

Kline’s character dies more convincingly than 99.9% of the screen deaths I have seen. Having stood bedside myself, I am morbidly critical of fake death. His last moments struck truth. Not that I care all that much to see accurate death-bed scenes, but I hate it when they are prettied up.

Admittedly, given Rob’s recent heart attack, Dee’s birthday with all its memories, and it being the season of “anniversaries”*, we probably should’ve watched that horrid Vince Vaughan tripe holiday throwaway I found the last time we were at the book mobile.

But we are fond of Kline. He’s also worth watching. Vince? Not so much.

What’s stuck with me today though is  the lessons thing. That when someone becomes so ill that death is inevitable, those around learn something from that person’s grace under pressure example. Dying people are seen as sages and their loved ones gather at their feet like disciples at the Last Supper.

It’s not like that. Love is more often left hanging on whatever peg it was carelessly allowed to dangle on and recalcitrant children opt to revert even further to the typecasting of their younger selves. Neighbors more often decide to scuttle like roaches than step up and words are left unsaid that need to be spoken and shouted that should be swallowed.

The whole stoic saint persona was/continues to be the most difficult for me.

Rob’s recent brush with acute illness sharply reminded me that I function better in long seige conditions and not in the initial skirmishes when the enemy’s unknown and the terrain is new.

But I did like the house analogy. Death is a metaphor’s goldmine. To me it makes total sense that the old is razed and the new is rebuilt atop. Phoenix from ash. Apt.

I dream a lot about houses. They are never finished and I am usually in transit from one to another. They are always in the college town of long ago, which symbolically makes no sense aside from the education aspect.

I wonder sometimes what it will mean if I should ever dream that I am in a finished house. Of course, I will have to actually live in one first as I need a template.

Three houses passed university and not one ever “done”. Now there is a better analogy for my life.

Best line – “Change can be so slow that you don’t know if your life is better or worse until it is.” That, thank goodness, is not one of my analogies.

*I think the whole anniversary of deaths, non-birthdays, non-wedding anniversaries and – worst of all, in my own opinion – the idea that events leading up to deaths should be observed in any way are products of a society lulled into the false belief that death is the trauma that keeps on refueling. And that ‘s it better to acknowledge and acquiecse to it than simply acknowledge and get back to daily life. I read accounts of people who literally lose weeks to gearing up and ramping down. If I took time out to do more than simply recall that “oh yeah, that happened today”, I would never get up off the floor in the corner I was curled up in. I’d be like that old SNL skit. “Yes, the late Mr. Loomis used to lay in a basket by the door. He had no spine, you know. God rest his soul.”  If grief is a 12 step process, and I suspect strongly that it isn’t, it’s not productive to recycle it yearly. No good can come out of  that kind of hindsight flogging.

6 thoughts on “My Life as a House”