Has it really been a year and a half? 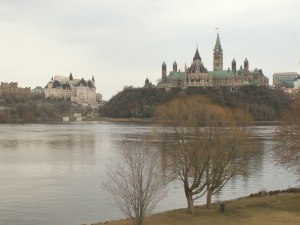 Though I am certain no one will notice, and might care less if they do, I am going to blog again. However, I am done with the subject matter of yore. I have no more to say about any of it.

I am going to write about now.

Now in Canada, Alberta, the world at large  – should I fancy to – and any other delightfully off-beat thing that catches my attention.

So, to catch up those dear readers, who might have graciously allowed me to gather dust on their feeds, I am a Canadian.  All of 13 days.

Unsurprisingly, I feel exactly the same, which confirms my suspicion that I was clearly born the wrong nationality.

I am a Liberal.

Okay, that’s not a surprise, but what is new is that I joined the Liberal Party of Canada.

They give you cards. To carry. Red ones. Numbered. Seriously.

And I here I thought the phrase “card carrying liberal” was just some random saying.

I joined the party not quite a year ago after spending several months following its new leader, Justin Trudeau.

It hasn’t been easy.

The last time I belonged to a political party officially was in the very early 90’s though it could easily have been the late 80’s. I am not certain when the state of Iowa began allowing people to register as Independents. I dumped the Democrats as soon as that option became available and have militantly shunned allegiance since.

Belonging is a trap not a privilege, and it strips you of your right to think for yourself. Slowly and those who belong would argue that this isn’t the case, but it does.

However, Trudeau … didn’t make me roll my eyes … or question his sincerity, but I will say that I have little doubt that he is being slowly assimilated and one day, he will be a full on politician, indistinguishable from the rest. On that day, my little red card will join other memorabilia in the scrapbook labeled “things I did once but am over now – no judging”.

How do I know Trudeau is doomed? Because he isn’t Superman. In fact, he is a little bit on the scrawny side, and despite his ability to take an actual punch, everyone has their kryptonite. There are no messiahs out there just waiting for a chance to save the world. If six years with Barack Obama for a president taught me anything, it taught me that. But, Parliament Hill (the seat of the Canadian government in Ottawa, Ontario) is like the Overlook Hotel. In the battle for your soul, it will win if you overstay within its walls.

I think most overstay.

Although it has not been steadily downhill with Trudeau since he allowed himself to be shorn like Samson, I have come close to cutting up my pretty red card on several occasions.

Most recently the party’s gleefully opportunistic suddenly flip on the Israel and Gaza issue sent me into a “seriously!!” rant that only my husband got to enjoy, which set me to pondering a return to blogging that lasted the summer and here I am.

Life is life. I draw and paint now. I re-learned to crochet. I teach yoga with an ease that astounds me though I don’t know why. Teaching is like breathing. Try as I might, I cannot quit it.

Rob is Rob. Wise and wonderful.

The children continue to be themselves in ways that delight, exasperate and make me proud.

I nearly have a novel finished.

A political thriller.  A kind of Jack Reacher meets the West Wing. With some romance. A bromance. And, of course, terrorists. How could there not be? Only in Canada. Alberta, mostly.

When I am ready for a few beta readers, I will let you know. January-ish, I am thinking.

Yeah, I know. Twitter is ruled by the vapid and intelligent interaction is often meme’d an ugly death, but I have found the Alberta politically minded to be more discussion leaning and tolerant of diversity than those I ran with in the States. There are a few mean girls (aren’t there always?)and a whole lot of bleating sheep, but that’s to be expected in a public space. And while the Canadian pundits are a bit full of themselves, they occasionally crawl down from their towers to engage with the serfs, which is something that doesn’t happen in the southland at all.

Dating While Widowed: Yours and Mine and Adult Kids

Why Can't I Quit You?