Horwath is spot on. Brown’s leadership is up to his caucus and they, who know him, won’t have him. That speaks volumes.
According to the news trickling out, Brown’s reputation for preying on young women is well-known, and reporters have been trying to piece together leads for a long time. This is not as sudden as the apologists and conspiracy nuts would like everyone to believe. And we need to remember there is never an upside for women who come forward. Never. Which is why women don’t make accusations public lightly because they are victimized for doing so.

The inspiration for allegations these days is Me Too and Time’s Up. Women see positive responses and real action being taken and they feel more secure. They know more and more people are going to finally believe and support them.

Whether women come forward the day before an election, or two years before one, isn’t the point or the problem. Our political system is rife with systemic issues of sexual harassment and assault, and it’s time for a close examination of who our parties are presenting as candidates when some of them come with baggage of barely concealed patterns of abuse of power.

And it’s disgusting when the default for some is still “women are liars”. Brown’s own right hand people quit. Just quit. His party tossed him within hours. Does anyone think there’s nothing to the allegations when that’s the response? Who skips carefree away from a leader they chose to follow? Thought was the answer to whatever the problems were. Who does that? No one.

Contrast the Ontario PCs with the Alberta UCP’s now. Their response to Jason Nixon, leader Jason Kenney’s top lieutenant in the legislative, is informative in the Me Too era. Nixon fired a woman in his company back in 2005 when she reported being sexually harassed. A claim that has been proven valid. The UCP? Crickets mostly until they trotted out the “he was young” and the “times have changed and he certainly wouldn’t respond like that today”.

Of course he wouldn’t but most likely because he couldn’t get away with it, and that’s just depressing. Doing the right thing because not doing isn’t a viable option is not an inspiration.

For too long that has been one of the foundation stones of politics. These bad actors hide in plain sight in our parties and in our governments. The bar couldn’t be lower.

Me too is not just something Americans struggle with. It’s coming for Alberta. Sooner than later. Just watch. 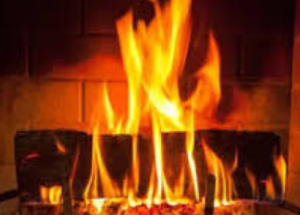 Looming year’s end inspires journalists and politicians alike to sit down and spin a bit.

Rick Bell of the Edmonton Sun and Jason Kenney, the newly minted MLA from Calgary-Lougheed and leader of the fledgling United Conservative Party had one of those new year chats lately and, per tradition, it wasn’t terribly enlightening.

The main topic wasn’t even as surprising as it was just sad.

Of course, I am talking about bozos.

Yes, in Canada, politicians and pundits spend a good deal of time pondering the existence and continuing national nightmare of the bozo candidate, who more often than they should, become elected officials.

It’s a serious enough issue that I factor it in when contemplating who I want to see wind up as Premier or Prime Minister because, in my opinion, a leader’s ability or not to manage their benches directly correlates to how often I will have to judge them harshly and/or worry about the safety of my children’s future.

Faux pas nightmares walking among us is just a fact, but that others unite to give them platforms and power to cast an inky Mordorish shadow on far too many communities is a puzzlement. We should be marching and GoFunding to prevent these horrors from occurring, but as Jason Kenney admits to Bell, the onus of prevention truly falls most heavily on political parties and their leaders.

Bozos should simply never become candidates, according to Jason Kenney. It’s his new mission as UCP leader to make sure the Lake of Fire is doused.

It’s a good New Year’s resolution too because bozo’ng is almost a sport for the current crop of farther to the right than not conservatives in the Alberta legislature.

A few examples of extreme bozo’ng this year include MLAs who’ve compared social democracy to holocausts, held up murderous dictators as examples of good government and accused members of the majority holding NDP government of … eating dogs. And that’s just what they stood up and blurted out for the Hansard.

The Bozo gold medalist of 2017, an MLA who’s Libertarian views would comfortably cozy up like a fat purring cat in any southern state in America, has this year’s hat trick. He rented out his taxpayer subsidized apartment on Air BnB, was recently convicted of a hit and run in a parking lot, and topped both those incidents when game wardens caught him hunting on private property just days before being convicted of said hit and run. For all Jason’s talk about “vigorous vetting”, this guy is still in the running.

Vigorous vetting, as far as can be discerned, consists mainly of “are you fiscally conservative enough for us to overlook your numerous personal failings”? Most of the time, the answer appears to be yes.

Kenney’s current House Leader in the legislature is a good example of the lengths to which the party must go to “overlook”.

Jason Nixon, who represents Rimbey-Rocky Mountain House-Sundre, was discovered to have fired a female employee after she reported being sexually harassed on a job site. This only came to light during a debate on a bill that would strengthen protections for women in the workplace. Something Nixon feels is best left to businesses to decide for themselves, which in retrospect isn’t much of a surprise because as a businessman, he decided to fire a single mother of three – days before Christmas – rather than set straight the man who sexually harassed her.

As most men do these days, Nixon gave a tepid apology along the lines of “I was young. It was a different time. Of course I wouldn’t do that now because people get upset about it now, and that’s inconvenient for me. Blah. Blah. Blah.” And then he quickly entered the man poorly explaining witness protection program also known as blocking all his critics on Twitter.

Mr. Kenney’s response was to stand by his man.

So much for vetting.

Finally, it being an end of the year confab and all, it included the obligatory holiday cheer stuff. Jason’s consisted of throwing a fuel soaked yule log into the outrage flames of a conservative holiday tradition.

“The problem is people on the left think saying Merry Christmas is hateful. Those voices of crazed political correctness will not govern what is allowed.”

Ah, the war on Christmas. What would Christmas be without a war?

So, god bless us, everyone because I don’t think I need to point out that Jason’s holiday message to Albertans , as much as anything, qualifies as a Bozo moment.