How does one politely tell the spirits to bugger off? 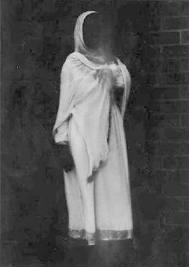 They mean well. I know this. Our dead family only has our best interests at the center of their wispy insubstantial hearts, but my personal preference is to live in psychically deaf ignorance of any coming catastrophes or even minor bumps. And I am not talking “bumps” in the night.

Or the early morning light.

I haven’t been able to get a full night’s uninterrupted sleep since Rob’s heart attack. Some of it, I will concede, is the reactivation of my caregiver’s spidey sense, but the physical presence(s) in our room are not helping.

For some reason, I am able to tune in to the frequency of the departed with nerve jangling clarity in the early morning hours. I wake nearly every night to the powerful sense of someone standing by the windows.

Thursday morning I was awakened by footsteps that started at the door and ended at the foot of the bed. I started because they were loud and opened my eyes to spy a human shape heading towards Rob’s side of the bed.

Sunrise filtered illuminated the shape and I assumed it was Rob. He is often up to use the bathroom on the main floor. I heard him ask,

“I heard footsteps,” I told him and thinking now that they were his, I went back to sleep.

Only it wasn’t Rob.

Later as I thought about it more – while sitting in the ER as the doctor tried to determine if Rob had suffered another heart attack – I realized that the figure was clad in light coloured clothing. Rob’s robe is dark and even when he shuns it – which he isn’t at the moment with my mother visiting – he is dark.

The chest pains turned out to be a reaction to the Lipitor, which is another kettle of fish for another day, but as I headed into town to spring Rob from the Fort Hospital – also a tale for a day soon – Metallica came on the radio.

Metallica is hardly in popular radio rotation anymore. When the rare song turns up, it usually comes at “interesting” moments in my life. As they were my late husband’s favorite band, I have to wonder at the timing.

“These are definitely messages for you, ” Rob remarked when I told him about it later.

Perhaps I should pay more attention than he did.

I mentioned not long ago that the house ghosts are fiddling with the lights again. The one that leads to the basement, the lamps on either side of our bed (though they prefer mine – it’s probably an effect thing as you can’t see mine until you are all the way in the room. Our ghosts have a wicked sense of humor.)

In the last week and a half, I have heard someone call “Mom” in the night which, as any mother will tell you, can rouse one from the deepest slumber to near full battle-stations in less time than it takes to draw in a breath.

Nearly every night since the weekend, I am awakened by footsteps. Either on the stairs going up or down from the main floor or in the landing between the bedrooms.

Last week, my last alone during the day as Dee is now out of school for the summer, the basement was alive with pops and bumps and rattles throughout the morning and then again in the afternoon.

This evening marked the first physical encounter in a while.

Rob had finished folding laundry* and he was leaving the bedroom when he felt something brush along the top of his head. It was substantial enough that he ducked a little and looked up to the door frame to see if anything was hanging from it.

“I thought Dee must have hung a ribbon up there or something,” he told me.

Which is silly in retrospect because Dee is barely four feet tall. Standing on a chair – and there are no chairs upstairs – she still wouldn’t be able to reach the top of the door to hang anything from it.

This comes on the heels of Monday evening when I heard one of the bedroom doors open as I was walking out the back door to check on Rob in the garage. The doors have new knobs, close securely and make a very distinct noise when they are opened or closed. Rob and I have to be very careful when opening or closing bedroom doors when Dee is asleep because the noise is loud enough to wake her.

After I came back in, I walked upstairs to check the status of the bedroom doors. They were both closed earlier. Dee, in fact, has been pretending to lock hers with a key.

Dee’s room isn’t a hotspot.  Nothing has occurred there since 2007 when something in the corner spooked her enough to call for me in the middle of the night. This was in the midst of our first “get acquainted” with the unseen inhabitants here and to say I was not amused would be playing the incident at a very low key.

I was irate and I gave my late husband a sound verbal “this is your territory buddy, so get on it” lashing.

Most of the time, spirit agitation is tied to impending death. The last rattlings occurred just before my BFF called to let me know that the 11 year old son of my late husband’s best friend, Wally, had tragically died.

I am weary of the attention and the alerts. Really. I’d rather just be surprised by death like everyone else and the Hallmark rememberances  really aren’t necessary. Really, really.